I’ve enjoyed the Mass Effect series of games since the first game was released in 2007. Over the years I’ve played through all of the games (Mass Effect, Mass Effect 2, Mass Effect 3 and Mass Effect: Andromeda) at least twice with several shorter revistations here and there. Most of the time I played them on Xbox 360 and Xbox One consoles, though I’ve also played Mass Effect 3 on Windows.

I’m a fan of many aspects of the games. They generally have very good writing and dialog and exceptional music and overall design. As a sci-fi fan, I’m also fond of the various references to other science fiction works (Alien, Bladerunner, Ender’s Game, Babylon 5 and so on).

Bioware decided to re-release the original three games, which include massive overhauls of the graphics, gameplay and many other characteristics, bringing the games up to a more modern gaming experience. Of course, I could not pass this up. I’ve played through these games in various ways and have experienced all of the high-tier endings.

I purchased my copy from GameStop (due to a strong desire to quickly acquire the game) but you can easily find the Xbox One version of Mass Effect: Legendary Edition on Amazon. Note that it is also available for PlayStation 4 and Windows 10.

I started out taking my time in Mass Effect to enjoy the updated graphics but after a while I decided to skip many of the side missions and focus on finishing the game more quickly. The other missions are worth the time, but I have played Mass Effect so many times that I was ready to jump on into Mass Effect 2, which many, myself included, regard as THE best Mass Effect game in the series.

I’m having a blast in ME2 right now. I’ve been focused on powering up early on (as I often do in Mass Effect games) playing in the normal mode as an Infiltrator. Sniper rilfes are a favorite of mine in the ME games so I tend to prioritize increasing any related skills. ME2 is also the game that really makes Incendiary Ammo a fun add-on.

I’ll likely take my time with ME2. It’s a large game with a number of side missions and many of the available choices will have a greater impact in ME3.

Is it worth it as a fan of the Mass Effect series? Absolutely! If you’re new to the series this may also be the best way to jump in. 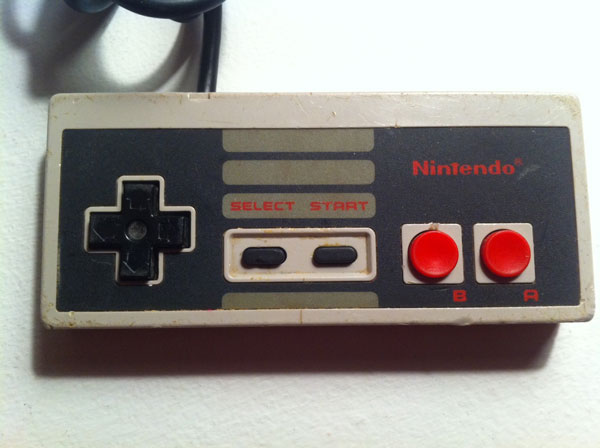 Using an original game console controller makes a big difference when playing emulated games. The experience can end up being as good as playing an original system. There’s just a certain feel to the buttons that usually can’t be replicated with a newer controller. It’s a combination of several factors (how the buttons feel, the size of the controller, etc).

A couple of months ago I bought some original NES controllers at a pawn shop for about $5 each. They sat in a drawer unused until I purchased two RetroBit Retro Adapter NES Controller to USB Port Adapters (under $12 each) from Amazon.

The adapters seem to work perfectly. I was able to use one adapter and one controller in OS X Lion with Nestopia without any problems. Some time soon I’ll hook up two controllers at the same time to find out if they can be used at the same time for two-player games.

I’ve very satisfied with these adapters. Playing older games with them is a lot more fun that using a modern USB controller. I’m looking forward to receiving a set of SNES controllers I’ve ordered, which I’ll use with an SNES to USB controller adapter that I already own. 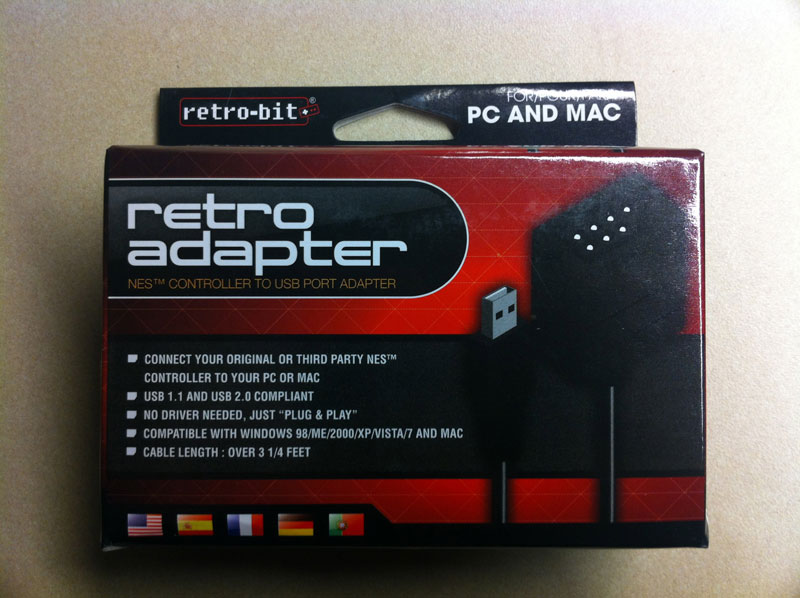 The Short Version: On a Mac it seems that only the port on the right can be used but Windows users didn’t report the same problem. I had a calibration issue the first time I used the adapter with an original N64 controller but the next time I fired up Sixtyforce I set the axis deadzone to zero and it worked perfectly.

For Valentine’s Day my wife bought a couple of items from my Amazon Wish List along with some other cool gifts. One of the items was a May Flash N64 Controller Adapter for USB. While I haven’t had a chance to really put it to a good test I did get some time to hook it up to an N64 controller that I bought yesterday from a pawn shop for $5.

The USB adapter includes two N64 controller ports and it works with Windows and Mac OS X. There aren’t any drivers available. It seems to work via the standard HID interfaces.

Note that there is one important caveat for use with a Mac. So far it only appears to work with one controller. Specifically, only the N64 port on the right. I don’t know if this is specific to the OS X drivers or if it’s a software compatibility issue. Amazon review comments hint that it may just be a general problem when using the adapter with OS X. I’ve used it with Sixtyforce and that’s the only N64 emulator I’ve used on a Mac.

In Sixtyforce the button mappings worked well. I did have problems with the calibration of the stick on the controller. Its resting position caused the character to constantly move forward. At this point I don’t know if it’s just a sign of an old controller or if there’s something I can do on the OS side to fix the alignment. I’ll keep toying with it, but I don’t think it’s a problem with the adapter itself.

Overall, this is a cool little device. I also have their SNES adapter but I haven’t acquired SNES controllers yet.

Updated 02/18/2012: I tried the controller again and set the axis deadzone to zero in Sixtyforce. This time it worked perfectly.

The Short Version: Someone unfamiliar with the Pilotwings series might enjoy it more than those who have played the SNES and N64 versions. I think it’s overpriced at $40 but it’s not a bad game if you can get it for about $20.

Back in the days, when the SNES was still relatively new, one my favorite games was Pilotwings. The 3-D like graphics were high-tech (for a console) at the time and I was also somewhat fond of flight simulators. It combined a handful of different skills and craft: piloting a plane, jet pack, hang glider, and skydiving. The final level involved a mission that required piloting a military helicopter to take out various targets.

I never played the Pilotwings version for the N64 very much, but from what little I did play it seemed like a fun game (I especially had fun with the cannons).

I couldn’t resist purchasing the 3DS edition of Pilotwings. Surely, it would be at least as good as the original Pilotwings, right?

One day I went up to Wal-Mart with intention of buying a copy there but when I saw the price of $40 I decided to look on Amazon.com again because I thought I had seen it for less. Sure enough, it was sold for less than $20. I ordered a copy from Amazon while I was standing in front of the games at Wal-Mart (I already had Amazon Prime so I had 2-day shipping for no extra charge).

It turns out that Pilotwings Resort wasn’t quite the game I was expecting. Now, it’s not a bad game. In fact, if you’ve never played the Pilotwings series you might enjoy it more than I did. After all, I already had expectations for the game to live up to.

In my opinion it’s a mediocre game. I was expecting it to be a combination of the original SNES version and the N64 version, but it’s not. It is very similar to the SNES version with some additional craft and challenges, but as far as I can tell (I haven’t reached the final section) it’s missing the more fun elements from the N64 version.

I consider Shadow of the Colossus to be a great and unique video game. There’s not much to it. Your character has a horse, a sword, a bow and arrow, and the ability to climb things. His task is to kill several colossi.

The size and speed of the various creatures vary with many requiring different methods of attack.

But if you have this game, especially the new PS3 version (it was originally released on the PS2), and you don’t mind being freaked out or feeling like you’re stuck on the edge of your seat, wait until 9 pm to play the game with the lights off.

There are few games that can actually make me feel tense. This is one of them. When the subject of video games as art is raised this game is almost always referenced. It has a unique atmosphere that I haven’t seen duplicated.

Its simplicity only enhances the atmosphere. Yes, there are other games that have characters fighting against monolithic creatures, but I think it’s even more unnerving because in Shadow of Colossus it’s only your character against the colossus. There are no other distractions.

Embedded below is a video of the fifth colossus in the game. Skip ahead to 3:55 for the creepy parts.