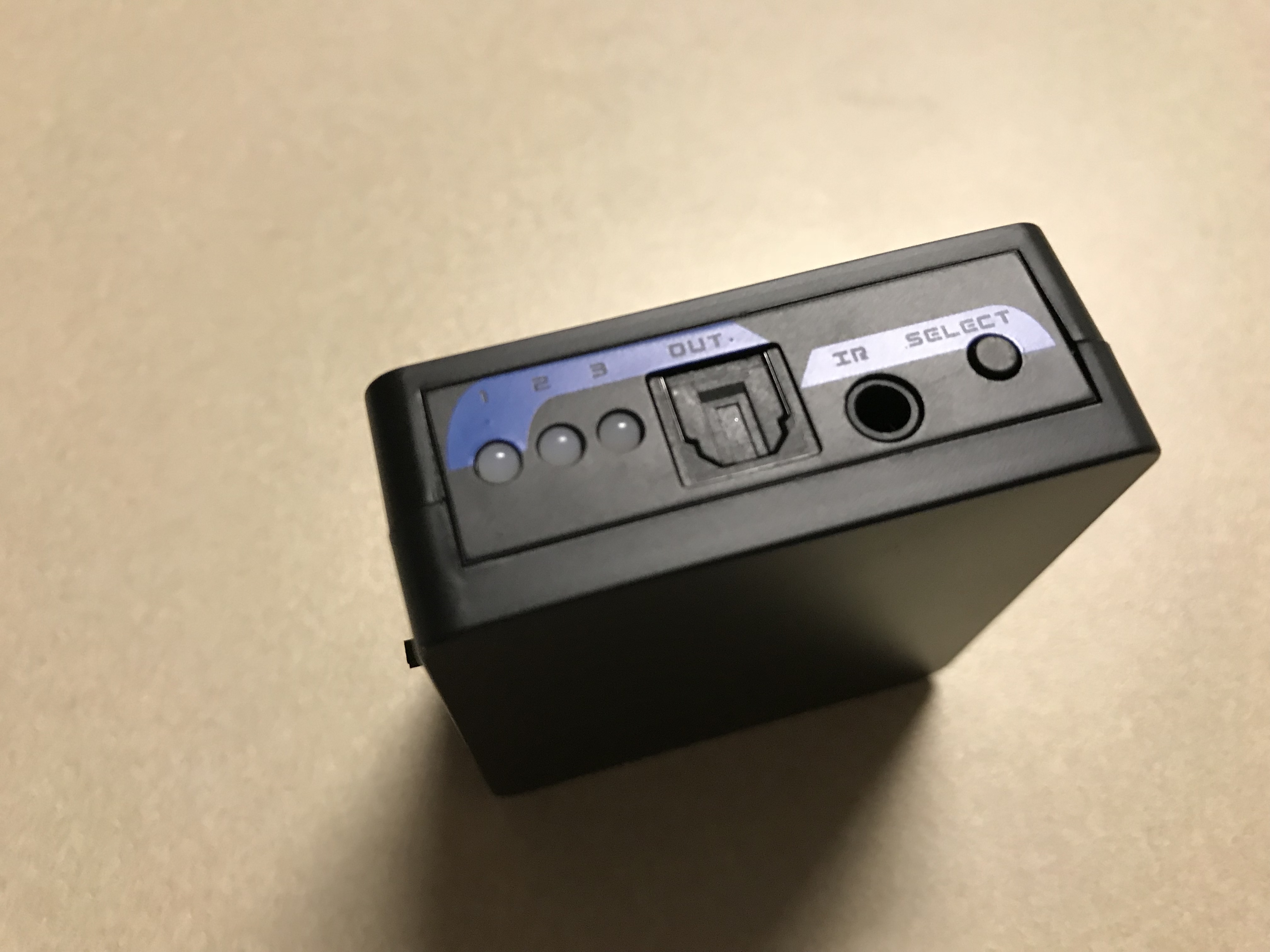 I continued dealing with some audio problems after replacing the TV that our son destroyed. The audio output, when routed through the TV from different devices, often had a significant delay when playing via the soundbar. The soundbar received the audio signal over an optical cable from the TV. I tried adjusting numerous audio settings on the TV itself, as well as the connected devices, but no configuration would ensure that all devices worked without a delay (in some cases one device might be good but others experienced problems).

It’s likely that simply using the TV’s speakers would have resulted on no audio lag but that’s simply not why I have a soundbar in the first place. In order to test this problem I grabbed an old optical audio switch out of the closet and set it up with each input running into the switch. It has a single output that I connected to the soundbar. This was a manual switch, so in order to change inputs one had to turn a large dial on the device to physically change the active connection.

Sure enough, it worked without any problems. I decided to order something more modern, that could be controlled via infrared (IR) in order to allow the Harmony Companion system to handle the audio switching. 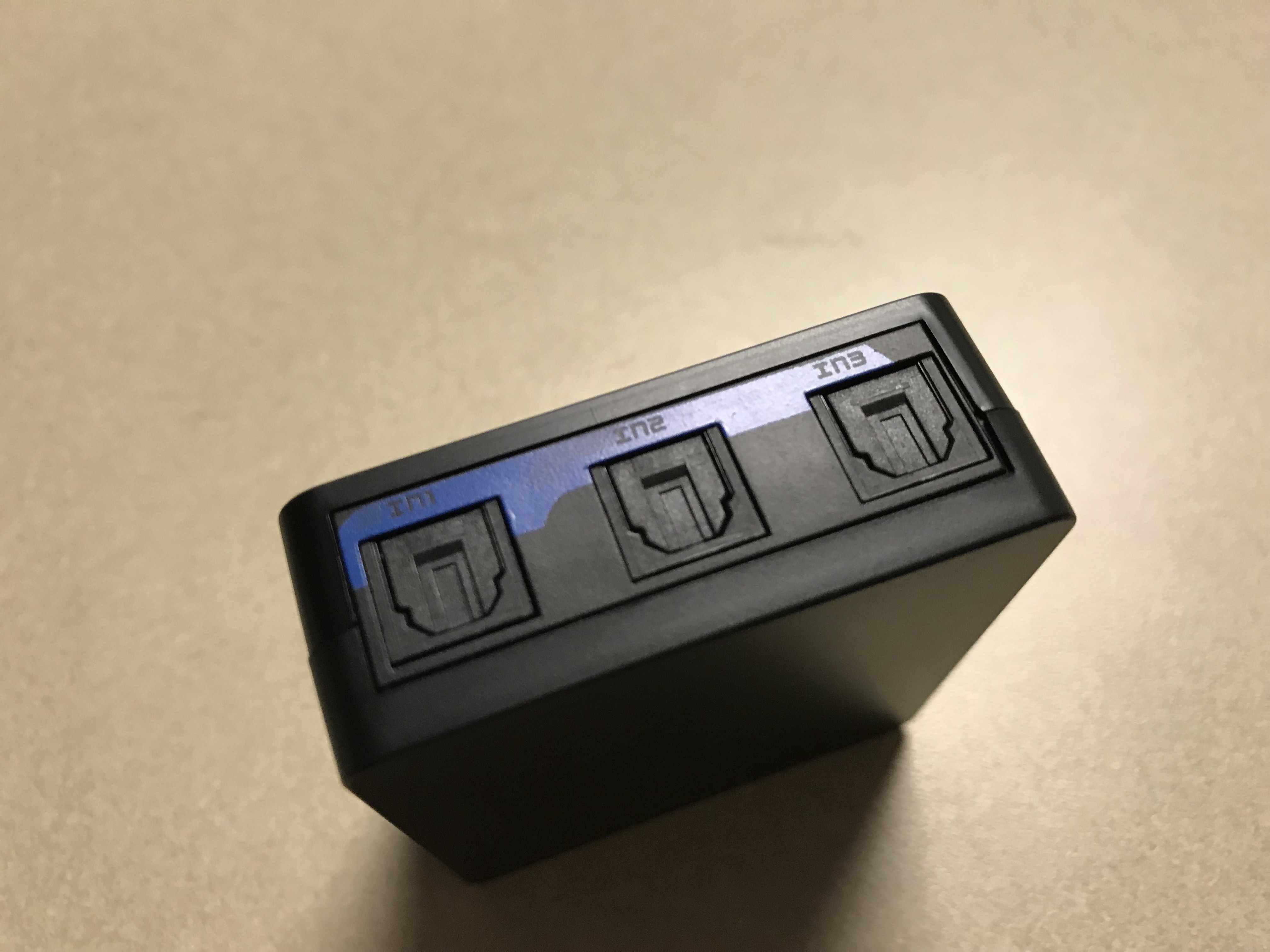 After reading through several reviews on Amazon I settled on the TNP Toslink SPDIF Digital Optical Audio Switch with Remote Control and ordered one. We’ve had this in place for a while. The product itself seems to work great but I’ve had some issues with using it in the Activities. Specifically, it doesn’t always change the source input. However, I don’t believe this is a problem with the unit itself but simpy the fact that the IR receiver for the optical switch often becomes slightly misaligned relative to the Harmony Companion IR blaster. I suspect this is the result of my son moving the soundbar from time to time. It may also be in need of some tweaking within the Activity setup as it usually works when I manually change the source via the Harmony Companion app.

Overall, I think it works well and it’s much better than the manual switch I was using. I think it will work perfectly once I take the time to rework parts of the Harmony Companion setup, including the physical location of devices. 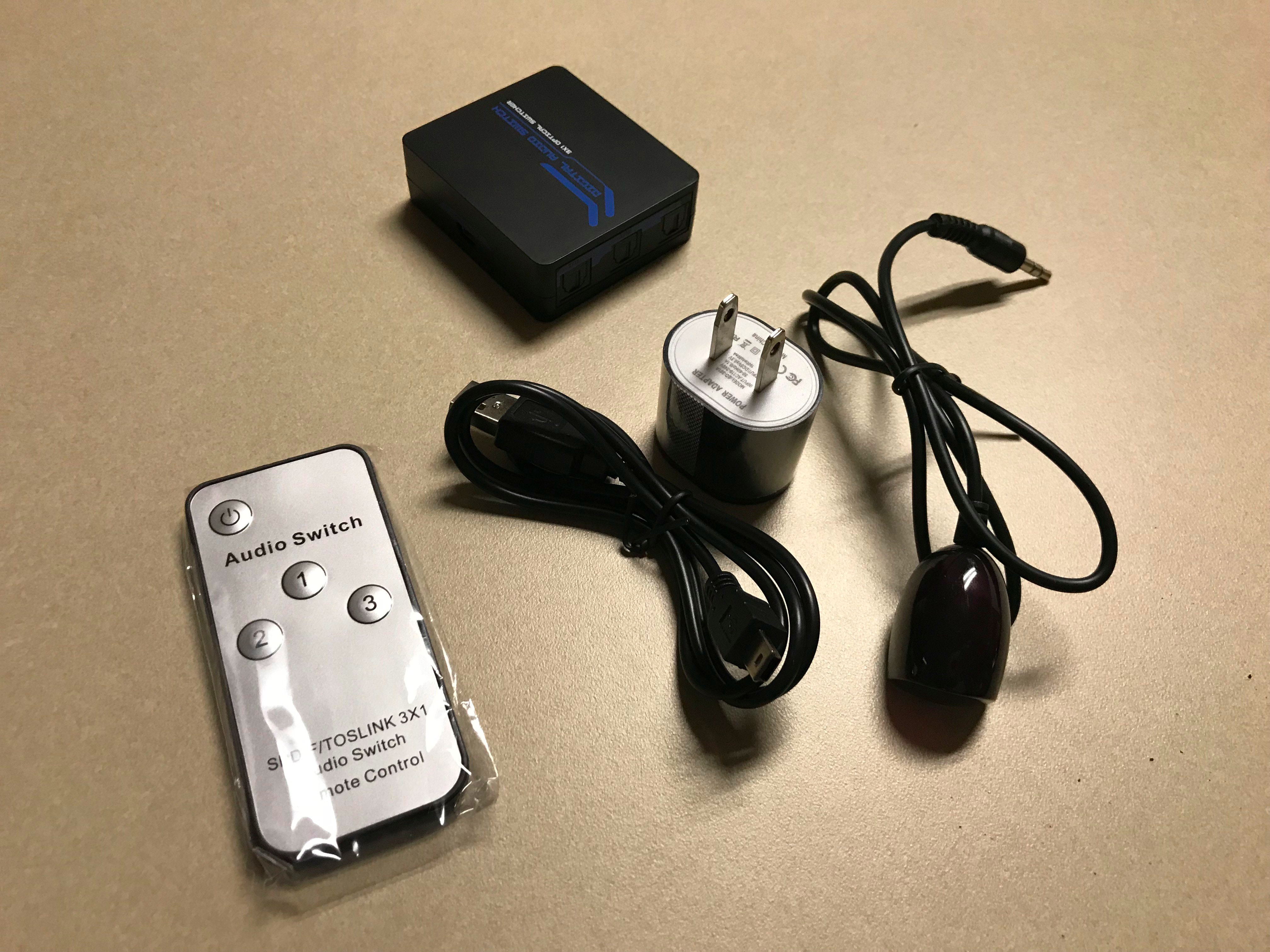