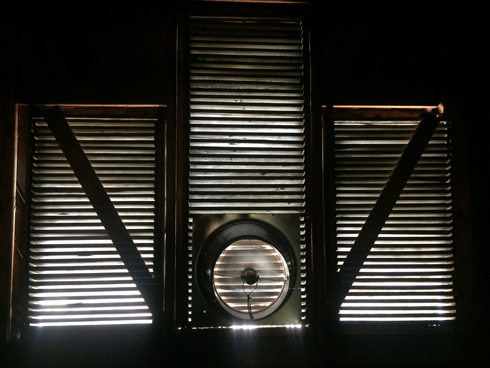 Last Thursday evening I installed our new solar attic fan. It seems to be working well.

My original intention was to return to the attic and block the vents in the immediate area of the fan. However, after additional consideration I decided, at least for now, to leave them open.

Though blocking the vents would improve the effectiveness of the fan it may also create a new problem. Since this is a solar fan it requires direct sunlight in order to operate. When there are clouds, or any other reason that sunlight doesn’t directly reach the solar panel, then the fan stops operating. My intention was to increase airflow, but since the fan won’t run constantly it’s likely that by blocking the vents I would actually decrease total airflow over the course of 24 hours.

At this time the only installation item left to clean up is to paint the cable white to match the house and properly mount it. 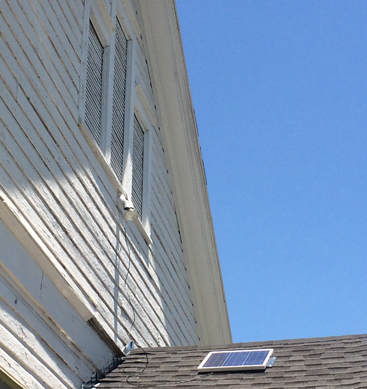 Has it made a difference? Well, that’s difficult to know yet. The house does seem to be cooler inside and the A/C units haven’t been struggling as much to keep it comfortable. In addition, the ceiling temperatures seem to be lower (typically at the same temperature as below, or no more than five degrees warmer). However, since I installed the fan we haven’t had the more extreme temperatures these past few days, with the highs only reaching into the upper eighties and lower nineties.

Only time, and the utility bill, will reveal how much of a difference this addition has made.

It’s important to note that what might make a difference in our home may have no effect, or a negative effect, in other homes. Assuming that one change will work in all homes is comparable to assuming that something that makes a motorcycle more efficient will also do the same for a bus.

Our home is of much older construction. As far as I can tell the only attic ventilation available in our home is provided by gable vents. Newer homes typically have ridge vents and soffit vents, which more efficiently take advantage of the fact that hot air rises. In our home it’s more likely that hot air rises to the top of the roof and simply sits there, except where the gable vents are located.

Ideally, I would have placed the attic fan higher up on the gable vent where it currently is mounted. However, I’m currently unable to safely place a ladder within the attic nor I would be able to fit a ladder through the access to the attic.

At some point I may also add a short piece of duct work to the fan in order to more effectively pull hot air from deeper within the attic as it’s likely that some of the air is simply being recirculated from the open gable vents and back out through the fan.

My overall goal is to simply improve air flow, not to increase it to the point that I can feel a breeze or that I’ve actually depressurized the attic. It’s possible that strong airflow could lead to actually pulling conditioned air from inside the home, though I think this would require a major effort and upgrade to the fans before this would become possible in our attic (air will take the path of least resistance and there’s far less resistance for air flowing from the gable vents than for any flowing through our ceiling).