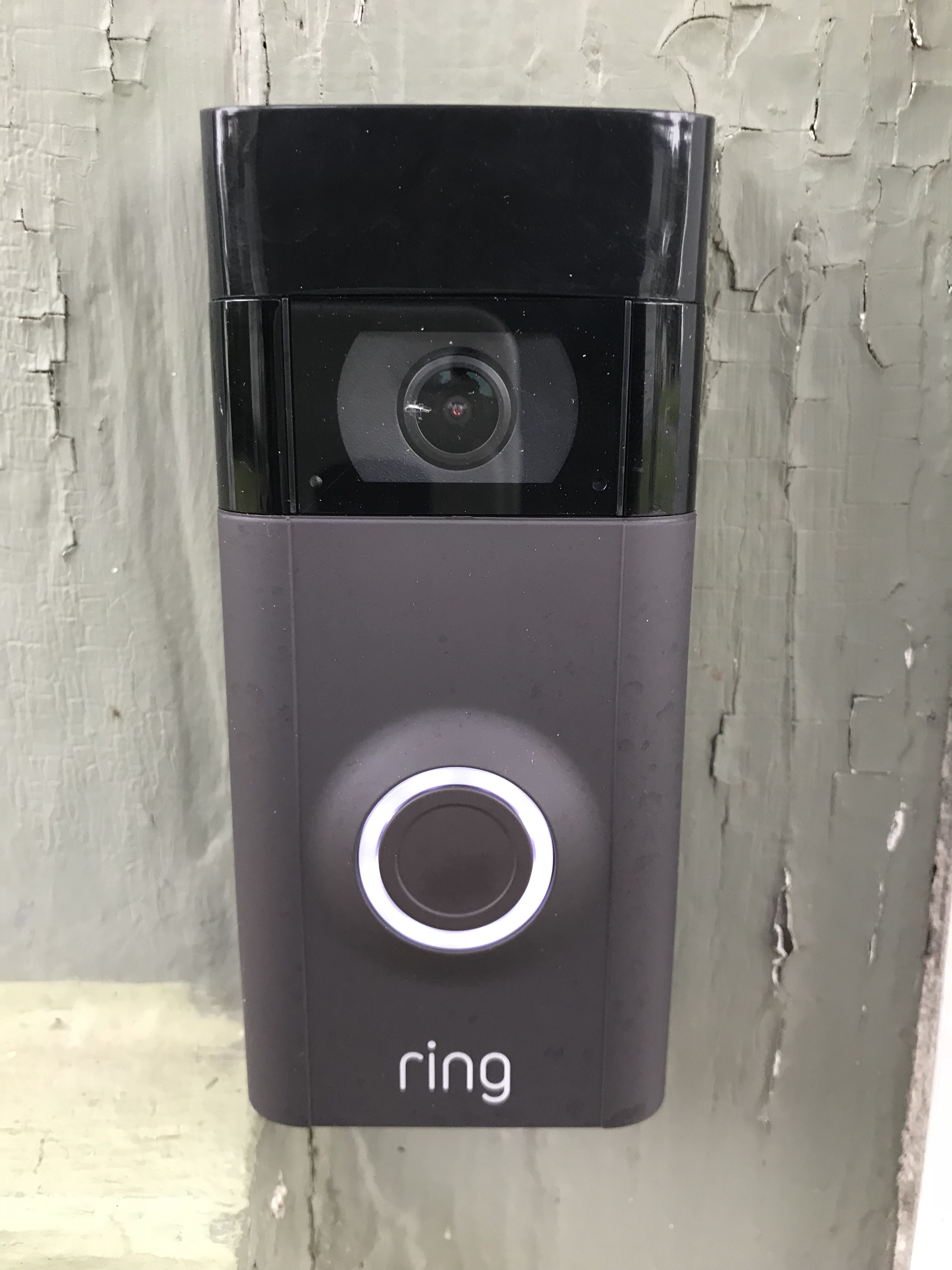 Within the past couple of months I purchased two Ring video devices to monitor a property. The first device I decided to get was the Ring Video Doorbell 2.

This device can replace an existing doorbell or be installed where there isn’t one. It provides video and audio recording and can be used to record motion events and interact with someone at your door, live and remotely, from a devices using the Ring app, which works on iOS, Android, Mac OS and Windows.

If you have an existing doorbell it can be wired in directly to stay charged and it can also activate your existing doorbell’s chime (analog or digital). If you don’t have a doorbell it can operating using its built-in battery though you’ll need to periodically remove the battery and recharge it. Running from battery it may also not connect as quickly when you need to access the live view.

The product is working great in my environment but after having used the device for some time, and reading a number of reviews, I would only recommend it if you know the device will have a solid wifi connection and that it will receive enough power to always remain fully charged.

Even in my environment I encountered one disappointing limitation; the device only supports 2.4 GHz frequencies. If you’re rocking a fully 5 GHz wifi network then you’ll need to fire up a 2.4 GHz network. This is a bit of an odd choice. Even though 2.4 GHz has better range a 5 GHz network should be better for pushing HD video. Of course, the speed of your network connection is what really matters here but if you have several devices in your network, and also tend to stream a lot of video into your home, support for a 5 GHz network would likely handle the congestion better.

To deal with this I simply spun up a 2.4 GHz network from the VPN router itself, rather than the Ubiquity access point that is farther away.

Fortunately, I haven’t had any major issues with this device. I’ve only had an issue connecting to it from a remote location once or twice and none since I made some minor adjustments to the wifi network. The quality is excellent.

The device is not inexpensive; this model is usually about $200. If you have wifi issues and do not have a wired doorbell (nor intend to add the wiring) I’m not sure I’d recommend it. I do have issues with the other Ring device (not a doorbell) and I suspect that my frustrations with that device are similar to what some have experienced with the Ring Doorbell when they have had wifi or power issues.

Simply connecting to the device using the app doesn’t cost anything if only using the live view. However, that’s not very beneficial so anyone expecting to actually use this for security monitoring should plan to pay the $3/month/camera for storing and playing backing video via their cloud service. If you have multiple cameras it’s currently $3/camera though they also have a $10/month plan for unlimited cameras. Subscribers can pay less by paying for annual plans.

Overall I am very pleased with this device but anyone interested in purchasing one might want to be prepared to return it if it doesn’t work well in their home. It’s a good device but the cost is a bit high for a device that can be hit-and-miss for many owners.

Updated 04/18/2018: After having this device in place for more than five months it’s continued to work well with one exception; the audio is typically very poor. This may be the result of a wifi issue but it’s also a minor issue as I’m more concerned with being able to see the video, which has been very reliable. More than once it has provided alerts that merited contacting local law enforcement and some cases, via video and audio, it also provided information to let me know that wasn’t necessary.